We recently reported that Microsoft had made a number of virtual backgrounds available for use on video calls and conferencing.

While an improvement, it’s still a step behind platforms such as Zoom that let you upload your own background.

Microsoft had promised this feature is coming in the future. However, a little look ‘under the hood’ has revealed it’s possible to add a custom background now. 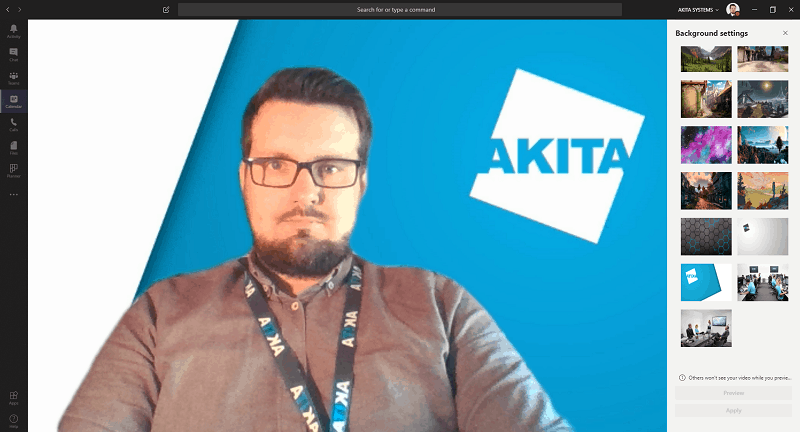 How to set a custom Microsoft Teams background

Once you have an image you’d like to use, start by quitting the Teams application. Then perform the following steps:

1. Click the Windows icon and paste %APPDATA%\Microsoft\Teams\Backgrounds\ into the taskbar

2. You should then see Microsoft’s stock virtual backgrounds and a folder called ‘Uploads’

3. Paste the image you want to use into the Uploads folder

4. Relaunch Teams, and then choose a background image. Your custom image should now appear in the bottom of the list.

It’s important to note that in the experiments we’ve done, the background image will appear in reverse on your video preview screen but normally for other people on the call.

That being said, we’ve seen examples of where when multiple people are using the same background, Teams automatically flips the background image horizontally for one or more people. With office scenes, this is effective at creating the illusion that people are in different parts of that office. However, if your background image contains your logo or text, this may appear in reverse without you being able to control it.

For more information on Microsoft Teams, visit our page or please get in touch.