It’s been very unfortunate circumstances, but the global COVID-19 lockdown has been the making of Microsoft Teams. The number of daily users has doubled since the outbreak, and now numbers over 44 million worldwide.

This period has proven to be as much a trial by fire for Microsoft as for home workers, and it’s not all been smooth sailing for Teams.

But with the growth in demand for Teams there’s also been fresh development of the platform. Below are some of the new features that are either coming to – or have already arrived in – Microsoft Teams.

It’s good to see everyone’s faces on a video call. But with more than four people, Teams simply couldn’t display everyone simultaneously. This is now improving. 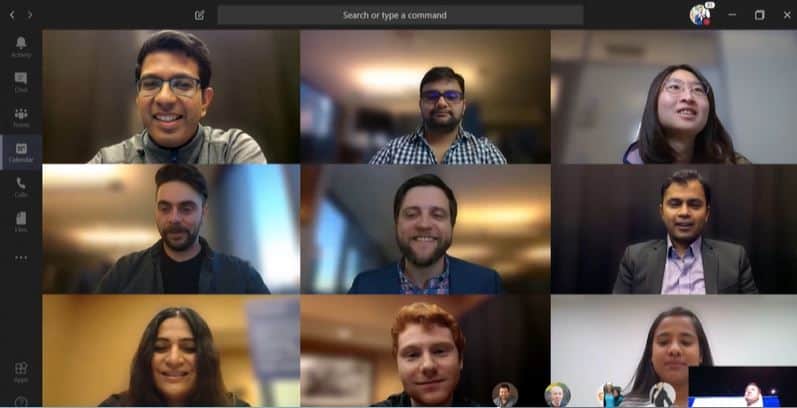 From the end of April, Teams new features will allow up to nine people to appear on screen in a meeting at the same time. While this is still a long way behind Zoom (which allows up to 49 people to appear on a screen) it will make video meetings more practical and involved.

The ability to set a background has been a key differentiator between platforms such as Teams and Zoom.

Teams has always allowed users to blur their backgrounds, but that would often not disguise the fact that many users are currently working in less than ideal locations. 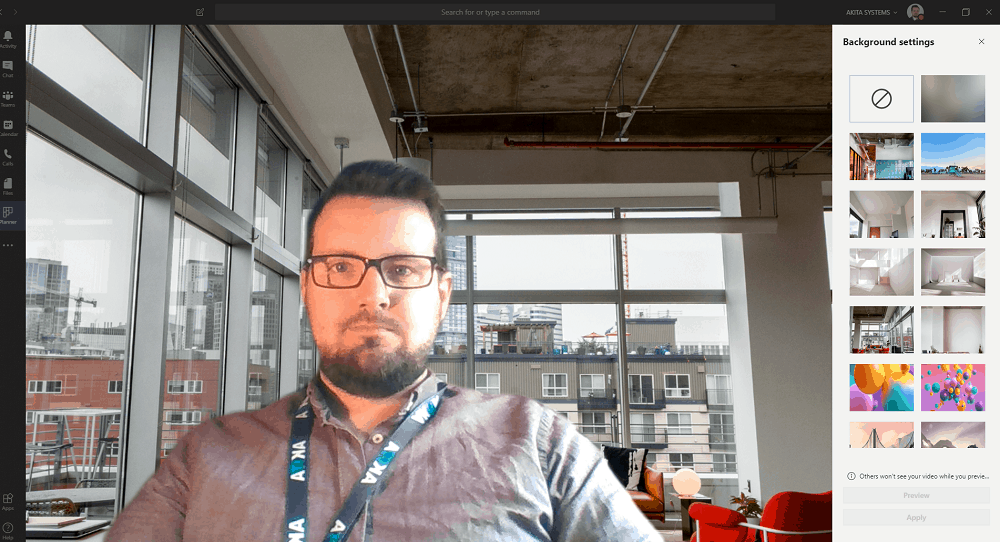 The new virtual background option in Teams allows users to select one of several background images. With some professional and some ‘fun’ options, backgrounds will accurately track to ensure only you appear in your video, hiding wherever you’re taking your call from.

There’s no news yet on when Teams users will be able to upload their own backgrounds. But as this has been one of the most fun things about using Zoom, one would expect this feature is not far away.

Speaking of blurring, this feature has now been improved on iOS. So should you be taking a call on your iPhone or iPad and start moving around during your call, Teams will now focus on you rather than your background.

Being able to conference call large groups of people is great but getting heard in a meeting can be tricky. If you’re in a Teams meeting of more than 4 people and not the one speaking, you will not appear onscreen.

Until now, this has meant that if you want to be heard you had to interrupt the speaker to appear on the screen – not the politest approach if your boss or client is on the call.

This will now change with the ‘raise hands’ feature. A hand-shaped button is being added to the video call control panel that, when clicked, will alert other members of the Teams video conference call that you would like to speak. Whoever is chairing the meeting can then bring you in at an appropriate time.

This should prevent the need for people to butt in on calls and also has the potential to make meetings run in a more structured way. There’s also talk of Teams eventually recognising when participants are physically raising their hand and activating the alert based on this.

A valuable add-on, the Bookings app allows you to schedule and conduct appointments with external participants via Microsoft Teams. 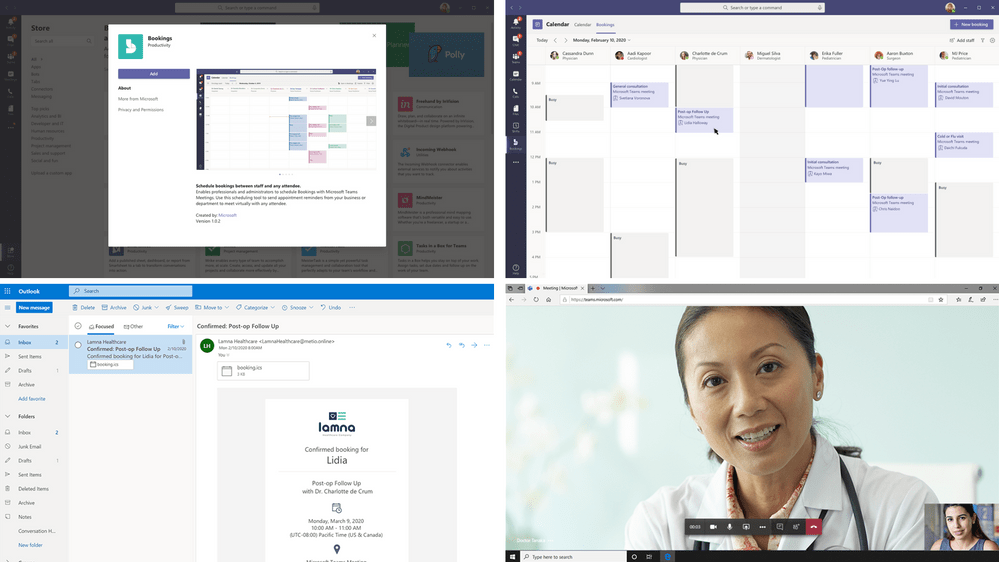 Departments can all run their calendars from within Teams, scheduling and sending out appointments with customers or patients. External users receive a one-click link to trigger video meetings within Teams, keeping the process of virtual meetings as simple as possible.

With whole families currently at home, demand for the internet is high. Many people will have experienced garbled calls with colleagues because their Teams video call is also competing with streaming movies, games consoles, mobile phones and a myriad of other IoT devices.

Microsoft is therefore working to introduce improved audio quality at lower bandwidths, easing some of the strain on internet connections.

On the issue of improving audio, Teams will also soon have noise reduction features integrated. This will stop constant noise sources, such as the hum of air conditioning or outside noise, from interfering with calls, meaning the camera will only be on you for the right reasons.

With such strong uptake of Microsoft Teams, an accessories market was never going to be far behind.

Desk phone handsets, headphones and web conference equipment were to be expected. But video glasses and mobile phone cases that turn phones into walkie-talkies are more innovative, and suggest Teams could have a growing impact on organisations delivering field services. Only time will tell.

If these new Teams features have you interested in adopting the platform, Akita can assist with fast-deployment, licensing and ongoing support. For more information please get in touch.