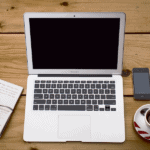 Project management tools for every need

When it comes to project management, every business has its own unique requirements. There’s no such thing as ‘one size fits all’. Some companies are service based, some product based; some require large amounts of client interaction while others have almost none.

Of the startups that prevail, most have a clear industry niche. The good news for them is that there’s a whole range of cloud project management solutions to suit every need. Research is key to find out which one really suits you – the aim of this article is to make that hard work easier. We’ve lined up seven of the best project management tools below. Use the navigation to jump to the category you want, and please let us know what you think in the comments below.

What they say… Chaos, Organised.
What we say… The best for client-agency relationships

For most companies, the best thing about Basecamp is the fact that it takes project management out of emails and into a really nice looking dashboard where everything important is kept in one place. It keeps all of your team’s to-dos together in a place where key stakeholders – team members, management and clients alike – all have an overview of the progress of the projects they’re involved in.

Unlike its main rivals, it charges on a project basis rather than per user (see prices). This makes it a good entry-level product for startups especially because it has really low pricing to start with.

Best for project management and collaboration

What they say… The one place for all your projects, teams and communications
What we say… All-in-one solution for your growing business needs

ProofHub is an all-in-one solution that assists managers and teams to stay on top of each deadline and deliverable while managing projects. The software works as a centralized place for all your projects, teams and clients, empowering you to eliminate all confusions and make project management effortless.

The best part is that it works for every growing business. Small or large, virtual or onsite, ProofHub is an ideal choice for any individual/team who has a deadline to meet or a milestone to achieve.

Discussions, Chats, Notes, Gantt Charts, Custom Roles, Kanban Boards, Calendar, Milestones, and Timesheets are the key highlights of this product. But that’s not all there is: it also has features like White Labeling and Online Proofing that take project management and team collaboration to a whole new level. In all, ProofHub is the kind of software you need to get in ultimate control of every aspect of the project management process.

No more chaos, hassle, stress, mess, struggle and/or trouble. ProofHub has got everything you need to keep your teams in sync and deliver projects successfully.

Microsoft Teams is the latest addition to the Microsoft Office 365 suite.

Microsoft Teams combines some of the successful ideas of project management platforms such as Yammer with the intuitive functionality of social media platforms. The result is a messaging and calling platform that can help teams of people to communicate around projects, sharing messages and files within a secure environment. With increasing levels of remote working, this is the best solution for teams wanting to stay in touch.

Though a newer offering, Teams inclusion in the widely used Office 365 suite works in it’s favour. But to further develop its success, Microsoft has also released a free version of Teams, letting users enjoy much of the functionality of the premium version without any cost.

What they say…  Work from anywhere, anytime, with anyone, on any device
What we say… Perfect for startups where compliance is key

Huddle has been built with an enterprise audience in mind. Its big selling point is security and trust, with notable government agency customers and referees. With this higher protection comes a higher price tag, but for companies where compliance is mandatory it’s a price worth paying.

For the extra money you can customise the entire package to suit your individual needs, something other project management tools don’t offer. You can choose a customer URL, fully branded for you company but still hosted by Huddle. It also allows full salesforce integration with social networks and CMS systems like Sharepoint.

Like most other software out there it charges per user rather than per project. However the file-size limit on its enterprise package is much higher than rival apps, making it really useful for teams that deal with large numbers of files.

What they say… Simple on the surface, with everything you need to get stuff done
What we say… The ultimate list of lists

On the face of it, Trello is a straightforward to-do list, but when you drill down into it you realise it lets you do so much more that just manage tasks from a usability point of view. At the top level you’ve got your list of cards, but these can then be moved tasks around, dragged and dropped, with the option of adding media files too. There’s lots more detail that can be added if needed, including things called ‘powerups’ which let you enable loads of extra features.

All those extra features don’t stop it being a great minimalist resource for teams to visualise lists of tasks a high level. There’s a real need for that sort of project management in many firms and Trello is one of the best for it. It’s drag and drop interface is perfect for quickly moving and managing snippets of to-do’s and as such it comes into its own in smaller teams or projects in fast-paced environments where moving things around quickly easily is really important.

It’s not for everyone and in some ways its interface can seem limiting but it’s all about the user and how they use it, so for that it’s one of the best. It’s also free to use up to a point, something only some of its main competitors offer.

SMEs and bigger businesses especially find that their users respond better to familiar tools and software, and there’s nothing more well known than Microsoft SharePoint.

SharePoint is the go to solution for intranets and extranets that are both sophisticated and easy to use and run. As opposed to previous on-premise versions, SharePoint Online harnesses the power of Microsoft’s cloud setup, enabling distributed teams to collaborate on documents and projects at work across all devices.

Used along with Office 365, businesses are able to mitigate against poor version control or misinformation, allowing for appropriate access controls to be distributed across multiple documents.

Microsoft OneDrive works as a hard drive in the cloud, offering a familiar interface to users while still protecting them from the hazards of local working. As it’s in the cloud, multiple users and external collaborators can contribute to documents in real time without the need for constant email communication.

It’s most suitable for smaller teams where perhaps not every member of the group is solidly ‘tech-literate’. It’s the first step away from the old local way of working, making it a good way of getting the whole team comfortable with the idea of online working that can then be enhanced in a ‘techy’ way.

By removing the pain points that teams who regularly work with spreadsheets will be familiar with, like the version control issue. By taking spreadsheets off local computers through a simple, intuitive interface, it’s useful for internal teams in spreadsheet-heavy environment.

With so many software product startups now out there, a list of project management apps wouldn’t be complete without JIRA. It’s a cloud software development programme that lets developers ‘plan, track and work’ as a team in agile ways alongside the popular code repository site BitBucket.

Managing software projects is completely different to other forms of project management. In a ‘dev’ environment, the scope of the to-do’s are much narrower, almost always based on issues around code, bugs or functionality where team input is required. JIRA is really nice visual way of managing that process.

The pure nature of it means that it caters for developers and can be customised to suit individual KPIs – the scope is limitless in theory. It encourages the agile SCRUM software development processes, which almost all cloud software products are now built with. It also encourages the iterative change then release process, and is built to help small teams working towards common, short-sighted goals using GIT version control.

The likelIhood of resources being shared in this environment is really high, so having one central board on JIRA where an entire distributed development team can work together is a real plus.

Most of these project management tools have their own mini app stores where you can customise your package to varying degrees. Key to this are the link ups between other applications, such as time tracking tools, given that good project management and time management often go hand in hand. Almost all of the big players let you do just that.

What they say…   Empowers you to deliver profitable projects on time and within budget while increasing employee productivity.
What we say… The leading solution for tracking project management as part of your business’ success

Microsoft Dynamics 365 is a multi-faceted solution for the delivery of advanced ERP and CRM setups. But it isn’t just for sales teams – far from it. The Microsoft Dynamics 365 for Project Service Automation is an advanced project management solution that holds its own against other standalone cloud project management solutions.

However, the benefit of Microsoft Dynamics 365 Project Operations is that project data can also be combined with any other areas of your business that you control with Dynamics 365. This means that you can perform advanced functionality, such as tracking the impact of a project on your resources and staff, or automate billing to be triggered via Dynamics 365 for Finance when key parts of a project are signed off. Not only this, but you can follow the profitability of your project in real time and see how this will effect the wider success of your business for the rest of the year.

If projects are integral to your business, there’s no better solution for seeing how they are impacting your business and how they projects could be managed smarter.